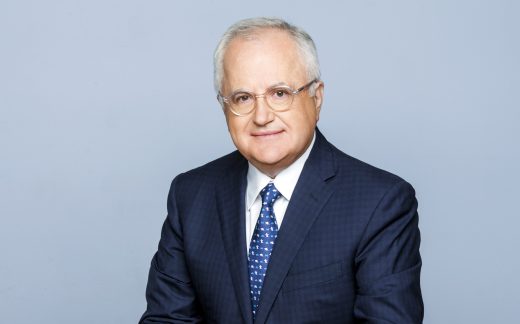 Chairman of the Board, ATHEX (Greece)

Dr. George Handjinicolaou is Chairman of the Board of Directors of Piraeus Bank Group. He also holds the position of Chairman, non-executive member, of the Board of Directors of ATHEX. Dr. Handjinicolaou received his PhD in Finance from the graduate school of business at New York University, where he also earned his MBA, and holds a BS degree from the Law School at the University of Athens, Greece.

His career in the financial services sector spans 33 years, the vast majority of which was spent at global
financial institutions based in London and New York. Dr. Handjinicolaou held the position of Deputy CEO of the International Swaps and Derivatives Association (ISDA) in London for 7 years, where he was also a member of the Board of Directors. Previously and for over 20 years, he held senior management positions in the derivatives and fixed income markets at several global financial institutions including Dresdner Kleinwort Benson, Bank of America Merrill Lynch and UBS in London
and New York, while he started his career at the World Bank in Washington, DC. Dr. Handjinicolaou has also leadership experience in Greece from his roles as CEO of TBANK and as Vice Chairman of the Greek Capital Market Commission.